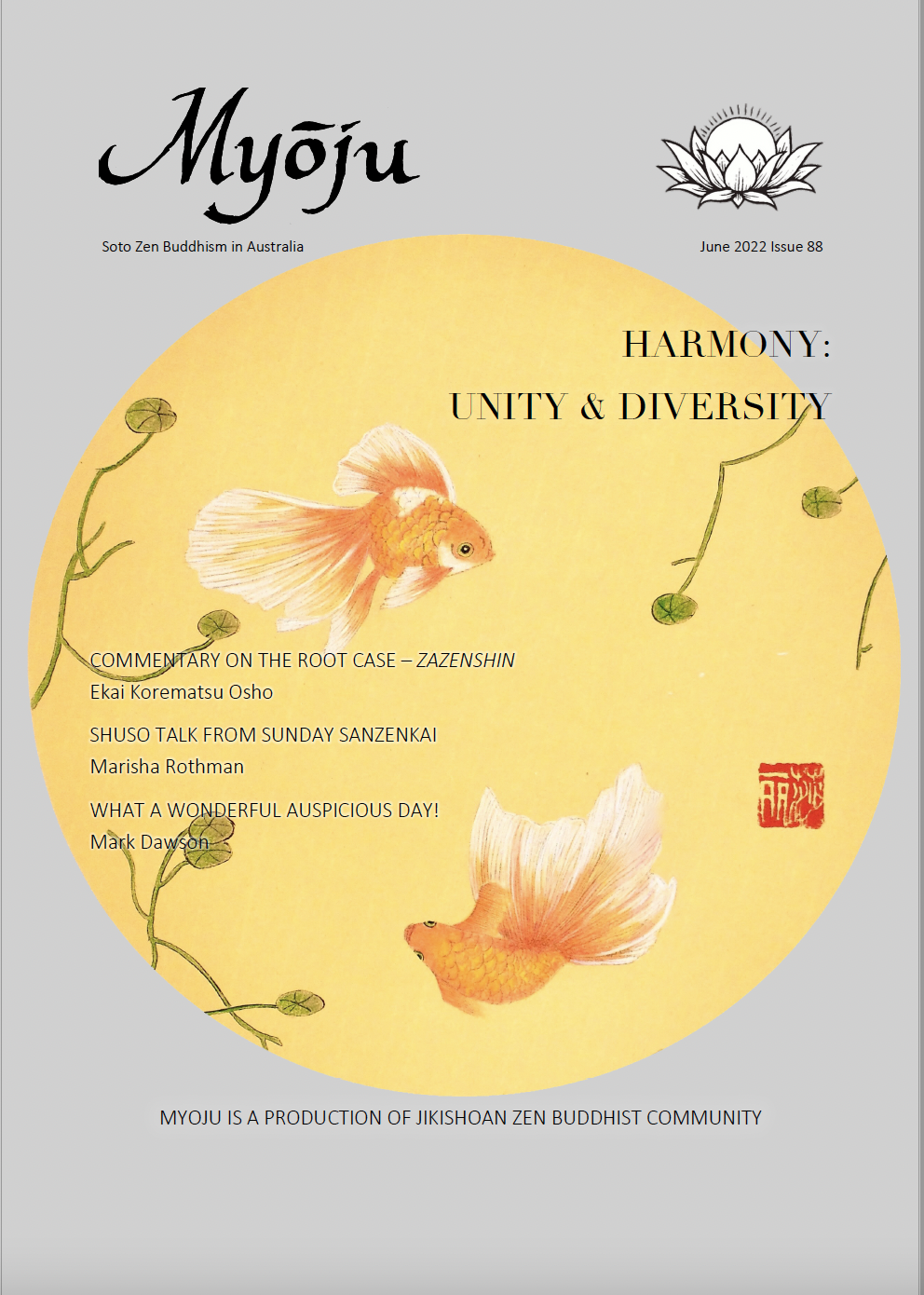 Welcome to the June issue of Myoju magazine. The theme for this second quarter is Harmony: Unity and Diversity.

It has been a busy three months for the Jikishoan community. In March, the Annual Sangha Picnic was held at Darebin Parklands in Heidelberg. The Picnic is always a great opportunity for Jikishoan members and students, family and friends to get together.

Retreat 69, the first 5-week retreat for the year began in mid-March and continued into April. Students took part in both ‘live’ and online practice events. Each Sunday afternoon Ekai Osho gave his Teisho on Sandōkai – Harmony of Difference and Unity by Master Sekito Kisen.

The 23rd Annual Foundation Day celebration was held on the morning of 1 May at the Australian Shiatsu College and was followed in the afternoon by Jiho Marisha Rothman’s Hossen-shiki (Head Student ceremony). The Dharma talk featured in this issue is a part of Ekai Osho’s commentary on the main case, Shobogenzo-Zazenshin given at the Honsoku Gyocha (formal tea) a week prior to the Shuso ceremony. The featured student article is taken from a talk given by the Shuso to the community at Sunday Sanzenkai—the final in a series of three talks on Shuso practice and training.

Following Foundation Day and the Hossen-shiki, students and friends who attended the events have written their impressions of the day. It was a wonderful celebration for Marisha, her family, friends and the Sangha, and a fine ending to the retreat 69 practice period.

Preparations are now underway for Retreat 70, a 5-week online retreat beginning on 17 July. In the fifth week we will return to residential retreat practice with a 7-day retreat (12-19 August) to be held at the Casa Pallotti Retreat Centre in Wesburn, near Warburton in Victoria. For further details see the Teaching Schedule p20.

Thank you to Ekai Osho and all those who have contributed to this issue of Myoju magazine.