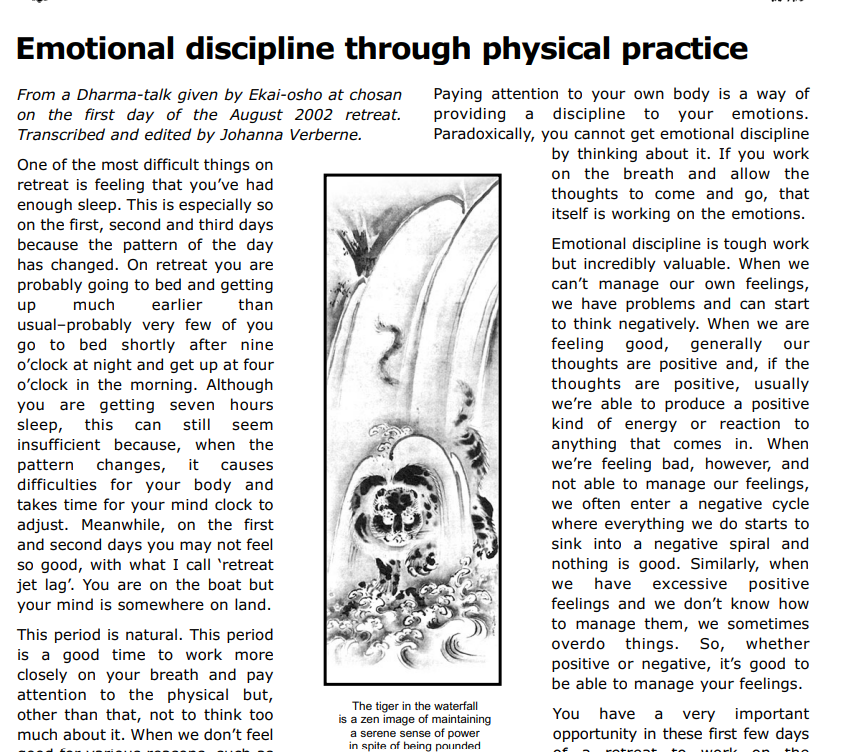 One of the most difficult things on retreat is feeling that you’ve had enough sleep. This is especially so on the first, second and third days because the pattern of the day has changed. On retreat you are probably going to bed and getting up much earlier than usual–probably very few of you go to bed shortly after nine o’clock at night and get up at four o’clock in the morning. Although you are getting seven hours sleep, this can still seem insufficient because, when the pattern changes, it causes difficulties for your body and takes time for your mind clock to adjust. Meanwhile, on the first and second days you may not feel so good, with what I call ‘retreat jet lag’. You are on the boat but your mind is somewhere on land. This period is natural.

This period is a good time to work more closely on your breath and pay attention to the physical but, other than that, not to think too much about it. When we don’t feel good for various reasons, such as lack of sleep, we can become cranky and produce a lot of negative thoughts. In order not to produce negative thoughts, it’s very simple: don’t think about it… (Continued on page 1.)