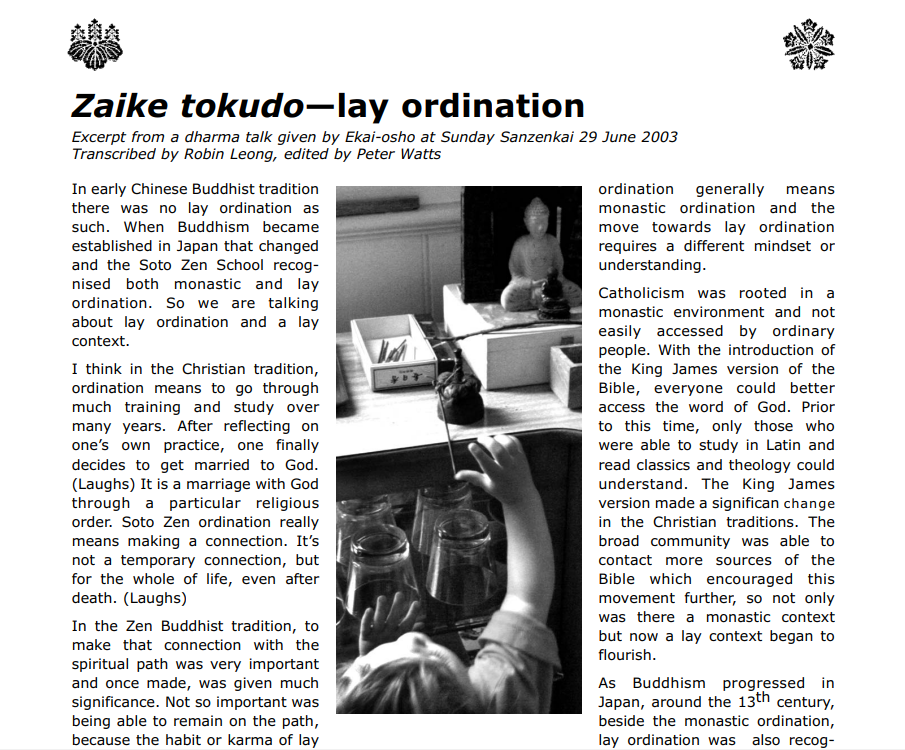 In early Chinese Buddhist tradition there was no lay ordination as such. When Buddhism became established in Japan that changed and the Soto Zen School recognised both monastic and lay ordination. So we are talking about lay ordination and a lay context. I think in the Christian tradition, ordination means to go through much training and study over many years. After reflecting on one’s own practice, one finally decides to get married to God. (Laughs) It is a marriage with God through a particular religious order. Soto Zen ordination really means making a connection. It’s not a temporary connection, but for the whole of life, even after death. (Laughs)

In the Zen Buddhist tradition, to make that connection with the spiritual path was very important and once made, was given much significance. Not so important was being able to remain on the path, because the habit or karma of lay life might interfere with that pathway. Sometimes one is unable to maintain the path and gives up, but, in Buddhist tradition, not continuing along the path up to seven times is OK. I think the Christian tradition differs here from the Buddhist one. In both cases however…(Continued on page 1.)