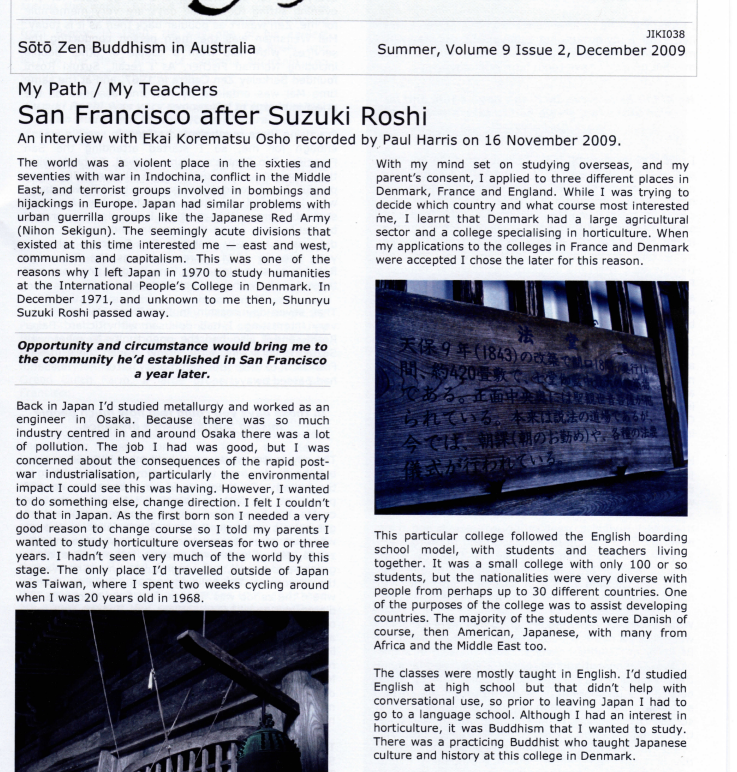 An interview with Ekai Korematsu Osho –

The world was a violent place in the sixties and seventies with war in Indochina, conflict in the Middle East, and terrorist groups involved in bombings and hijackings in Europe. Japan had similar problems with urban guerrilla groups like the Japanese Red Army (Nihon Sekigun).

The seemingly acute divisions that existed at this time interested me – east and west, communism and capitalism. This was one of the reasons why I left Japan in 1970 to study humanities at the International People’s College in Denmark. In December 1971, and unknown to me then, Shunryu Suzuki Roshi passed away. Opportunity and circumstance would bring me to the community he’d established… (Continued on page 1)