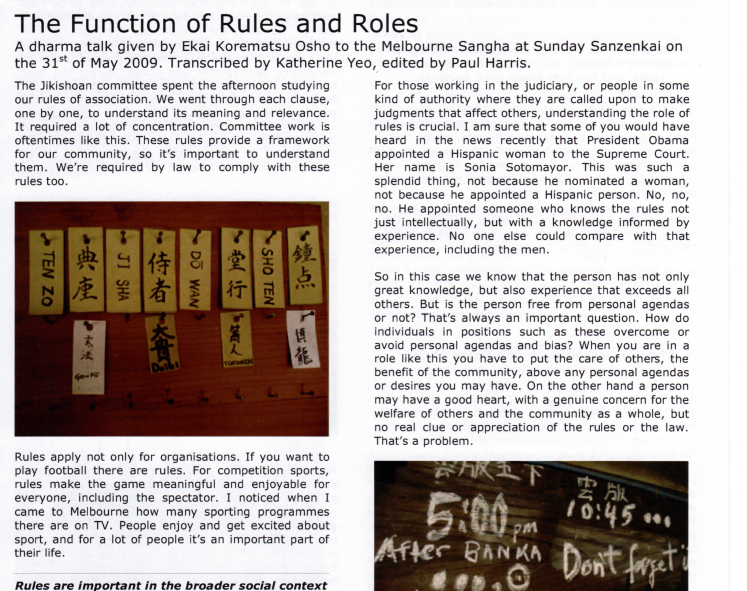 The Decade Ahead, Zen in South America, Ballarat Celebrates, The Pursuit of Happiness, and more…

…For those working in the judiciary, or people in some kind of authority where they are called upon to make judgements that affect others, understanding the role of rules is crucial. I am sure that some of you would have heard in the news recently that President Obama appointed a Hispanic woman to the Supreme Court. Her name is Sonia Sotomayor. This was such a splendid thing, not because he nominated a woman, not because he appointed a Hispanic person. No, no, no. He appointed someone who knows the rules not just intellectually but with a knowledge informed by experience. No one else could compare with that experience, including the men… (Continued on page 1)