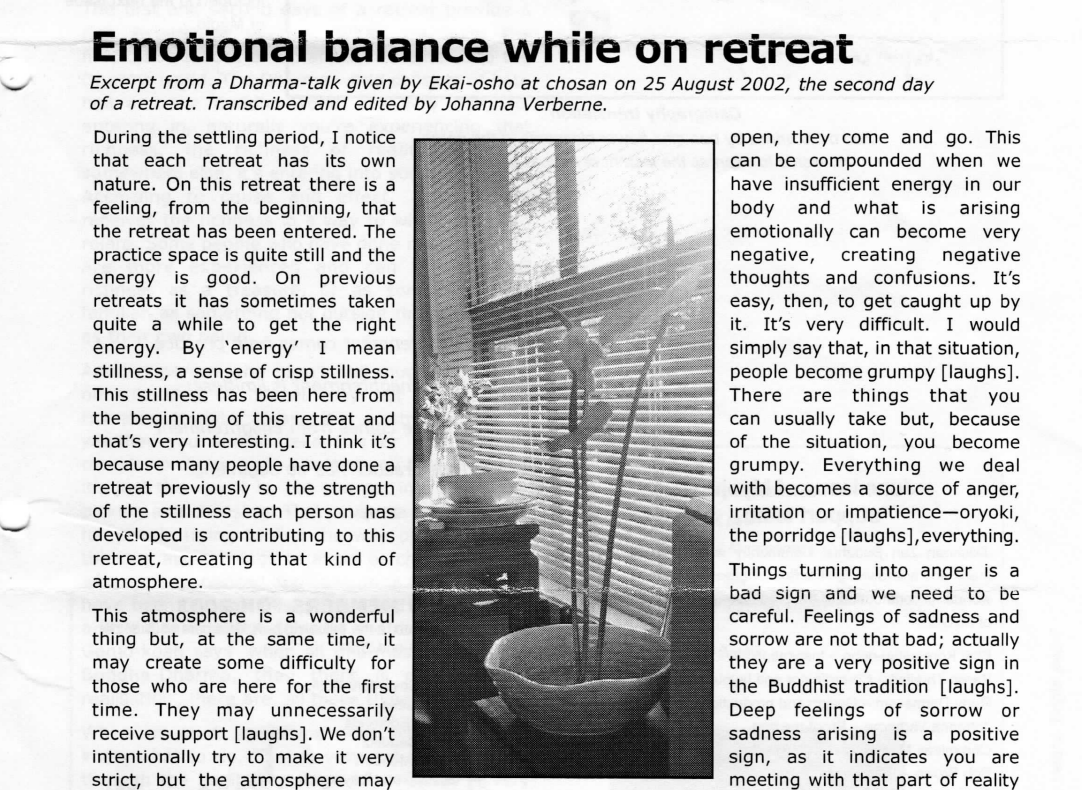 During the settling period, I notice that each retreat has its own nature. On this retreat there is a feeling, from the beginning, that the retreat has been entered. The practice space is quite still and the energy is good. On previous retreats it has sometimes taken quite a while to get the right energy. By ‘energy; I mean stillness, a sense of crisp stillness. This stillness has been here from the beginning of this retreat and that’s very interesting. I think its because many people have done a retreat previously so the strength of the stillness each person has developed is contributing to this retreat creating that kind of atmosphere.

This atmosphere is a wonderful thing but, at the same time, it may create some difficulty for those who are here for the first time… (Continued on page 1.)